Every Veteran Has A Story: John Ben Norman

Eight days before Thanksgiving, November 18, 1891, John Ben would become the youngest and final child born to Martha Kasch and James Larkin Norman.  Born in Tenaha, Shelby County, Texas he had seven siblings; Thomas Grayson (1878), Bettie Ann (1882), Rosa Ola (1883), Arrie Etta (1885), Nora O’Neal (1887) and William (1889). His father provided for the family on the family farm as many of that time did. No doubt each of the children had their own chores to help out. When he was only nine years old his mother Martha passed at age 49 and was buried in the Ramah Cemetery in Tenaha where many others of her family would eventually follow her.

With the United States declaring war on Germany April 6, 1917, nearly three years after the World War began in Europe, a national army through conscription was needed.  The Selective Service Act of 1917 required that all men between the ages of 21 and 30 register on June 5, 1917.  John now 26 and employed on the family farm complied by registering at Precinct 14, Tenaha.  He listed himself as single, medium height, slender and balding.(1)

One might think John would not be drafted due to his age and helping to provide food for the nation at a critical time.  He was however drafted and took the oath of enlistment in Center, Shelby County on February 7, 1918.  He trained at Camp Bowie, Fort Worth, Texas where the 36 Infantry Division had been organized some seven months previously and was assigned to Headquarters Company of the 141 Infantry Regiment under the 71 Infantry Brigade, 36 Division.(2) Moving to the port of debarkation, at Hoboken, New Jersey the 36 Division would sail to France and be complete by August 12, 1918.  Private Norman left the Port of Hoboken with his unit on July 26 aboard the troop transport SS Finland. He listed his father, James of Tenaha as his next of kin.(3)

Arriving in France via Liverpool, England some eleven days later, the 146 was sent to the thirteenth training area in the vicinity of Ber-sur-Aube.  The 36 Division remained there until September 26 when it moved to Pocaney, Department of the Marne. To the north and only a short distance, the Meuse-Argonne Offensive was under way. On the night of October 4 units of the division began moving to the vicinity of Suippes and Somme-Suippes.  The 71 Brigade that John was a part of attacked the Germans on the morning of October 8 and when the day was done 66 officers and 1,227 enlisted men were lost.  Private John Ben Norman was one of the casualties.(4)  For his heroism that day he was awarded the French Croix de Guerre with silver star under Order # 15.366, April 3, 1919, General Headquarters, French Armies of the East with the following citation: “From October 8 – 10, 1918 near St. Etienne he advanced voluntarily in spite of the enemy’s fire, taking the machine-gun nests in flank, capturing prisoners and destroying enemy positions in cooperation with the progression.  Was killed during the course of this action”.(2)

John was buried four days later in grave # 15, St. Etienna-a-Arnes US Army Cemetery #1129.  Service presided by Chaplain C. D. Bowman. His comrades of the 36 Infantry Division would fight on until the Armistice, November 11, 1918. At the conclusion of hostilities it established headquarters at Cheney where it remained until April 26, 1919 when the first elements moved to a port of embarkation for return to the United States.  During all operations the 36 Infantry Division spent 23 days in active sectors, captured 549 prisoners and suffered 2,528 casualties.(4)  On June 6, 1919 his remains were disinterred and reburied in Grave # 205, Section 83, Plot 4, Argonne American Cemetery.(5)

Following the Great War, now known as World War I, America faced a problem it had never encountered before; thousands of her citizens both male and female were buried on foreign soil. In October 1919, families were given the choice of leaving their loved ones buried in an American Cemetery in Europe with their comrades or bring them home for reburial in a State/National Cemetery or a cemetery of their choosing.  Norman’s father James chose to bring his youngest back home to Shelby County, Texas.  With this decision in hand the Graves Registration Service of the Army Quartermaster Corps began the process that was not an immediate one given the huge number of 46,000 remains. It did not help that the French took until late 1920 to finally lift their band on the return of bodies. The cost to recover the dead would reach $30 million or $400 million in today’s dollars.(6) 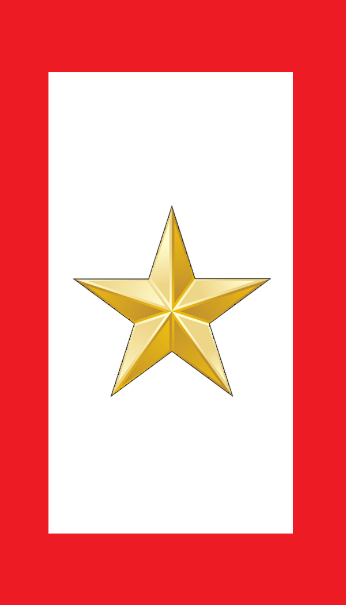 On July 13, 1921, the remains of John Norman were disinterred for a final time and prepared for shipment home and  his crated casket arrived at Antwerp, Belgium ten days later.  On August 6 he was one of over 5,000 fallen soldiers to depart Antwerp aboard the USS Wheaton.  Three others from Shelby County, Clyde A. Chance, Fred R. Lindsey and Ferman H. McCann were also aboard for the journey home.

The USS Wheaton arrived at Hoboken, New Jersey on August 20, 1921.(5)  The Brooklyn Daily Eagle, Brooklyn, New York, August 28, 1921 reported in part “a Memorial Service was held, Sunday, August 28 for the fallen at Pier 4 where the Wheaton had docked.  Protestant, Catholic and Jewish services were conducted by Chaplains of each faith. Major General Clarence A. Edwards who was in command of the 26 Division gave the eulogy.  The boys choir of St. Cecilla’s Church and the Police Glee Club sang accompanied by the Governors Island Band. The playing of Taps ended the program”.

On September 1 with a military escort, the remains of John Norman departed by train from Hoboken for the final leg of the journey home that ended six days later at Tenaha, Texas.  The precious cargo was signed for by his father, James Norman.  He was laid to rest beside his mother in the Ramah Cemetery near Tenaha with full military honors provided by local veterans. Day is done, God is nigh.