Every Veteran Has A Story

John C. B. Alford was born July 22, 1922 in the far east Texas community of Tenaha, Shelby County. He was the youngest child of eight born to Sara Vinnie “Sallie” Oliver and Thomas Hoy Alford. His siblings were Lemmor Pearl, Clyde Alford, Claude T., John B, Rene Mae, J. T. and Alpha Rebecca. When he was only one year old his father passed away in August 1923 at the age of 43. Fortunately most of his other siblings were old enough to help their widowed mother especially with the upcoming “Great Depression” that would occur in less than a decade. 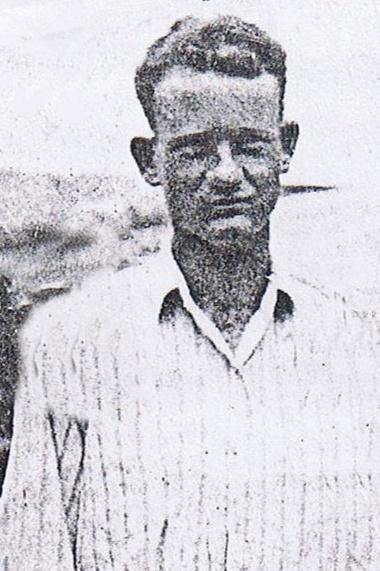 At age eighteen John and three siblings, Claude, J.T. and Alpha along with nephew Billie were living in rural Shelby County where he worked as a road construction laborer with an eighth grade education. The previous year, 1939 he earned $300.00 ($5,700 today) and worked 12 weeks of that year.(1)

Perhaps with talk of an upcoming war, John voluntarily enlisted in the US Army in Houston, Texas on September 3, 1941. He was five foot, nine inches tall and weighed 140 pounds. His enlistment was for the Philippine Department. It is believed he and other recruits were sent directly to Manila and took their basic training with their new unit, the 31st Infantry Regiment (Polar Bears). On December 8, 1941, one day after attacking Pearl Harbor and Hickam Field, Hawaii, Japanese planes attacked military installations in the Philippines. After landing in northern and southern Luzon, the Japanese pushed rapidly toward Manila, routing hastily formed Philippine Army units that had little training and few heavy weapons. The 31st Infantry covered the withdrawal of American and Philippine forces to the Bataan Peninsula. Unfortunately, the peninsula had not been provisioned with food and medicine and no help could come in from the outside after much of the Pacific fleet was destroyed at Pearl Harbor and mid-ocean bases at Guam and Wake Island were lost. Despite starvation, disease, no supplies, obsolete weapons, and often inoperative ammunition, the peninsula's defenders fought the Japanese to a standstill for 4 months, upsetting Japan's timetable for Asia's conquest. When Major General King announced he would surrender the Bataan Defense Force on April 9, 1942, the 31st Infantry buried its colors to keep them out of enemy hands. Later the US Flag was secretly burned rather than have a Japanese soldier keep it for a war souvenir.  Some of the 31st's survivors escaped to continue resisting, but most underwent brutal torture and humiliation on the Bataan Death March and nearly 4 years of captivity.(2)

Private John C. B. Alford is believed to have been part of the Bataan Death March that began on April 9, 1942 and made it to Camp O’Donnell where thousands of men were crammed into a former Philippine Army training Center with no sanitation facilities, medicine and little food. Brutality and executions by the Japanese Guards continued and the number of men who died in captivity in May 1942 exceeded the number who died in combat and it would still be several years before the survivors would be liberated.(3) May 7, 1942 is the day Private Alford became missing. A finding of death was made on February 1, 1946.

With the formal surrender of Japan on September 2, 1945, World War II came to an end. Those American Prisoners of War fortunate enough to still be alive were liberated. A finding of death for John C. B. Alford was made on February 1, 1946 and he is among the 72,000 Americans still listed as missing in action from World WW II by the Department of Defense POW/MIA Accounting Command. John’s name is inscribed on the Tablets of the Missing at the Manila American Cemetery and Memorial, Manila, Capital District, National Capital Region, Philippines. Day is done, God is nigh.